COMPETITION
2020 Rip Curl Pro Nationals is a 3-day surfing contest featuring Junior, Amateur, and Pros from across Canada and International surfers from around the World competing for the highly coveted Rip Curl Pro Titles.  In addition, this event will also decide the Canadian Titles in 10 separate divisions, and will determine the National Team Selections for the 2020 ISA World Juniors and World Longboard Championships.

This 14th edition of the Rip Curl Pro Nationals returns for its 3rd straight year to the beautiful and pristine Wickaninnish Beach in the Pacific Rim National Park Reserve.

DIVISIONS
Female and Male surfers from any country in each of following;
Pro Shortboard, Open Shortboard, Junior U18, Junior U16, Longboard.

Eligibility for Canadian Titles and National Team Selections will be to those surfers with valid Canadian Passports only.

As we are guests of Pacific Rim National Park Reserve, the Tla-o-qui-aht and the Yuulu?it?ath First Nations, all Parks rules apply, including; parking and fees, no alcohol consumption and pets must be on leash at all times.

Rip Curl Pro Nationals is uniquely situated at the south end of the beautiful Pacific Rim National Park Reserve and by car is only 16 minutes from the centre of Ucluelet, 24 minutes from Cox Bay, Tofino and 11 minutes from Green Point Campground.  The seaside towns of Tofino and Ucluelet both offer a wide range of accommodation, from stunning Ocean and Harbor view resorts, to cozy Cabins, Bed & Breakfasts, Eco-Yurts, Hostels, Motels and Campgrounds, you can find your unforgettable place to stay through the links below.

We are very excited to announce that Rip Curl Pro Nationals is a GO! It has been over 3 decades since the first contest that started this all was held at Long Beach, and we are so stoked to be back again for our third straight year at Wickaninnish Beach, just south from the original contest site in 1988!

Some of you have competed in Surf Canada sanctioned events before and for some of you this will be your first time, and we hope you are just as stoked about competing this year at Wickaninnish Beach as we are!

Each year we strive to make the event better for all competitors and spectators and we feel like this year’s event will be the best one yet! We hope to see each of you at Wickaninnish Beach April 3-5 for this year’s Canadian Championships and celebrate the gathering of Canadian Surfers from across the country and Surfers from all around the World.

By Registering and having your credit card charged (or pending) for this event has you waitlisted for your category, but does not confirm entry. You will be notified when your registration has been confirmed or declined before the close of registration.

Confirmation of registration will be based on the following hierarchy:
1. your 2019 Nationals event seeding
2. sponsor wildcards,
3. time stamp of your registration.

In the event that your registration has been declined due to overcapacity, your entry will be fully refunded.

1) RIP CURL PRO NATIONALS is the Canadian National Championships as well as the primary pathway (Method A) for nomination to represent Team Canada at international competitions. Please go to www.csasurfcanada.org ‘About Us’ tab ‘Document Centre’ for detailed Team Selection Protocol. Any questions please email president@csasurfcanada.org
2) If eligible, Surfers are permitted to register for more than one category. There is no discount for multiple entries.
3) For Divisions that are age sensitive, an athlete’s age is taken as of December 31, 2020. Therefore, an U18 surfer may not turn 19 on/before December 31, 2020. An U16 competitor may not turn 17 on/before December 31, 2020. Proof of age will be required to compete, and no competitors under 10 years of age, as well as:
4) RIP CURL PRO NATIONALS is open to all surfers irrespective of nationality. However, only those with a valid Canadian passport or a Canadian Citizenship Certificate will be eligible to compete for Canadian National Titles and National Team Selections and proof of documentation must be shown at on-site check-in, before being eligible.
5) Please be mindful that we are guests in the National Park and all rules still apply; Pay Parking, No alcohol, and Pets must be on leash at all times.

Please note that registration for this event is now being handled by LiveHeats, which through your smart device, offers user friendly registration, seamless live scoring, real time heat scheduling so you know when your heat is on, and of course event results! For any support for your registration, please email community@liveheats.com

Read this Indemnity form carefully, read completely, and if you agree, please sign and bring to the registration tent on-site prior to your first heat.

Very reliable and consistent Beach Break that works on all tides and open to all North Pacific swells.
Forecast: 7 day
https://magicseaweed.com/Wickaninnish-Surf-Report/4703/
http://www.surf-forecast.com/breaks/Wickaninnish/forecasts/latest/six_day

For more information on how to stay safe https://www.pc.gc.ca/en/pn-np/bc/pacificrim/securite-safety

Participants registered for the Surf Canada Nationals and eligible to compete for a spot on the National Team must be aware that doping control may be conducted by the Canadian Centre for Ethics in Sport (CCES) in accordance with the Canadian Anti-Doping Program.

To avoid a positive test and the consequences of an anti-doping rule violation, athletes are encouraged to take the following steps:
• Check your medications: Use the Global DRO to determine if any prescription or over-the-counter medications or treatments you are using are banned by the WADA Prohibited List.
• Review your medical exemption requirements: If you require the use of a banned medication for a legitimate medical reason visit http://cces.ca/medical-exemptions to obtain information and instructions about how to apply for a medical exemption.
• Learn about the doping risks associated with supplements: Do not use supplements, or take significant precautions prior to doing so. Supplement products cannot be verified by the CCES or in the Global DRO. A lack of industry and government regulation makes it impossible to confirm their ingredients. Find out more at http://cces.ca/supplements.
• Review the sample collection procedures: This short video will take you step-by-step through doping control.
• Contact the CCES with any questions:
o Email: info@cces.ca
o Call toll-free: 1-800-672-7775
o Online: www.cces.ca/athletezone

The following applies to both genders equally:

All divisions are available to all nationalities and the winner of each division will be crowned 2020 Rip Curl Pro Nationals Champion, irrespective of nationality. 2nd through 4th place will be awarded accordingly.

Within the same competition, Canadian Titles will be awarded to the highest placing Canadian in each division with valid passport or Certificate of Birth. In the event of a tie for the Canadian Title, the following hierarchy will be implemented:

The surfer who has achieved the highest will be deemed the winner.

Shortboarding:
Surfers must perform to the ISA judging key elements to maximize their scoring
potential. Judges analyze the following major elements when scoring a ride:
– Commitment and degree of difficulty
– Innovative and progressive maneuvers
– Combination of major maneuvers
– Variety of maneuvers
– Speed, power and flow
ISA Rule Book –13 June 2019 33
NOTE: It’s important to note that the emphasis of certain elements is contingent
upon the location and the conditions on the day, as well as changes of conditions
during the day.
The Following scale may be used to describe a Ride that is scored:
0-1.9 = Poor
2.0-3.9 = Fair
4.0-5.9 = Average
6.0-7.9 = Good
8.0-10.0 = Excellent

Longboarding:
The Surfer must perform controlled maneuvers in the critical section of the wave
utilizing the entire board and wave using traditional longboard surfing. The
Surfer who performs this to the highest degree of difficulty with the most style,
flow and grace will receive the highest score for a Ride.
Further to that above, the following are key elements for Judges to consider:
• Nose riding and rail surfing
• Critical section of wave
• Variety
• Speed and power
• Commitment
• Control
• Foot work
NOTE: It’s important to note that the emphasis of certain elements is contingent
upon the location and the conditions on the day, as well as changes of
conditions during the day.
The following scale may be used to describe a Ride that is scored:
0-1.9 = Poor
2.0-3.9 = Fair
4.0-5.9 = Average
6.0-7.9 = Good
8.0-10.0 = Excellent

Pacific Rim National Park Reserve – The third and final day of Rip Curl Nationals came to a close at Wickaninnish Beach on Sunday afternoon, with the Women’s and Men’s Open closing out a packed day of finals.

The Men’s Open came down to the dying seconds of the four-man, 30-minute final, as local legend Peter Devries went for a massive and critical front side full rotation air on his last wave, scoring an 8.00 to go from 4th to 1st, leapfrogging, Sean Foerster, Cody Young and Shane Campbell for gold. It’s his 9th National Title for Devries.

On the women’s side, 2018 champion Bethany Zelasko beat out two-time WSL Big Wave champion Paige Alms with a 12.47 score to capture her second-straight gold.

“A huge congratulations to all our competitors for coming out over the past three days,” said Surf Canada executive director Dom Domic. “It’s been absolutely epic to see all this Canadian talent come together and compete. We’re already counting down the days until next year! A huge thank-you to all our volunteers and staff who work tirelessly to make this event happen.”

With Participation from the Government of Canada and Supported by the Province of B.C.

Surf Canada is the official National Sporting Federation (NGF) and sport partner of the Canadian Olympic Committee (COC) and the International Surfing Association (ISA) who in turn is the International Olympic Committee (IOC) governing federation. As such, Surf Canada is solely responsible for selecting Surf, Adaptive, Stand-Up Paddle, and Prone Paddle athletes to compete at international events including the yearly ISA World Championships, PASA PanAm Surf Championships and every four years the PanAmerican Games and the Summer Olympics Games. 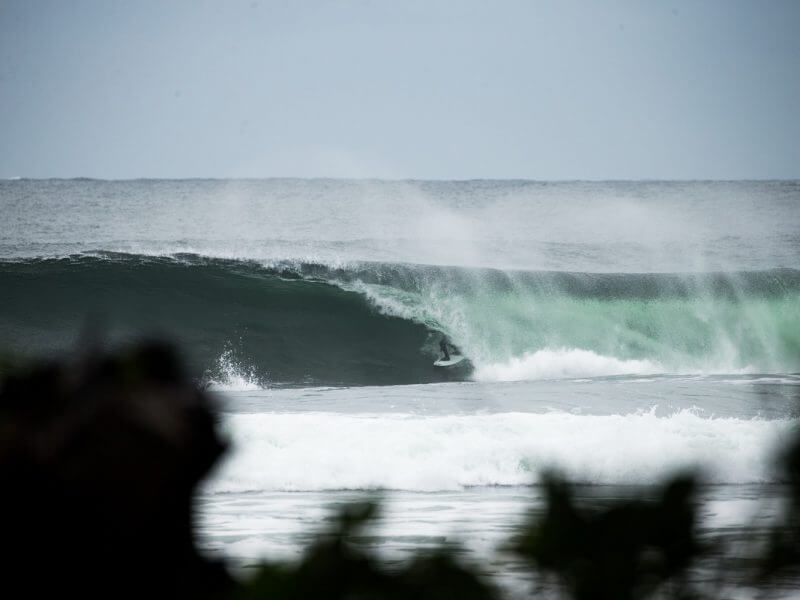