2019 ISA World Longboard Surfing Championship: “This was our strongest team ever and our best result”

“Côte des Basques is the most scenic backdrop I’ve ever seen in an urban setting,” said Tofino-based Asia Dryden via email.

“The waves were kind of terrible for the first five days of competition. It was very stormy and messy with big swell and onshore winds. These last couple days have been completely opposite. Glassy, small, super clean and fun,” he said.

In their individual performances, Dryden, Ricard and Thomson, all made it to the third round. Californian-based Canadian Liv Stokes made it to the sixth round, giving her a final rank of 11th overall in the open women’s longboard surfing world championships.

“Liv has a very smooth graceful style and she really shined in this event,” said Dryden.

“She has been competing in California at the National Scholastic Surfing Association (NSSA) events and has a ton of experience. She is only 18 and on her way to university at UCLA next year. I’m really excited to see her surfing evolve as she matures. She will definitely be on the team for years to come.” Liv Stokes curls five toes over the nose of her longboard during the 2019 ISA Worlds in France. (Photo:ISA/Pablo Jimenez)

Liv Stokes curls five toes over the nose of her longboard during the 2019 ISA Worlds in France. (Photo:ISA/Pablo Jimenez)

During the competition the Canadian Team would train together and give each other advice on wave positioning and technique, notes Dryden.

“We would definitely benefit from having a dedicated coach and filmer. Several of the teams had large support groups with coaches, filmers and trainers and you could really see the advantage that gave them,” said Dryden, who placed third in the men’s open longboard event at the Rip Curl Nationals on May 12 at Wickaninnish Beach.

He went on to say that unfortunately Team Canada receives no funding, and that they are hoping to find a way to finance the team in the future.

“All in all it has been a great event for the team. This was our strongest team ever and our best result. What we really took away from this event was that the teams with the most support really had the advantage. Surfing is such a solitary thing to do but when you turn it into a team sport it actually helps you surf better.”

Surfing debuts at 2020 Olympics — and Canada is a surprising contender 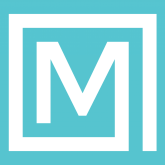